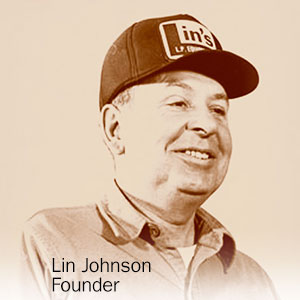 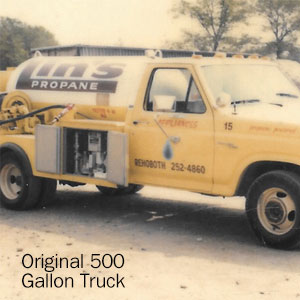 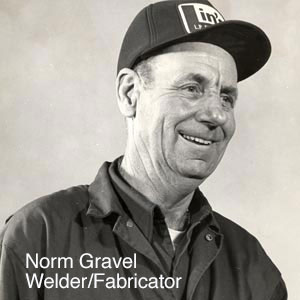 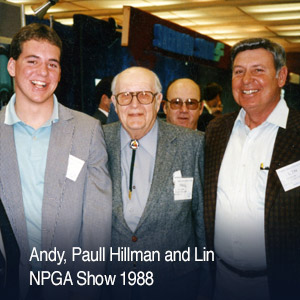 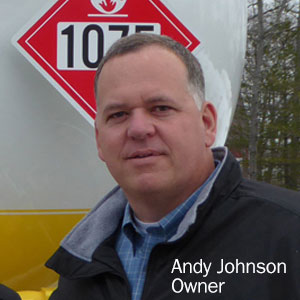 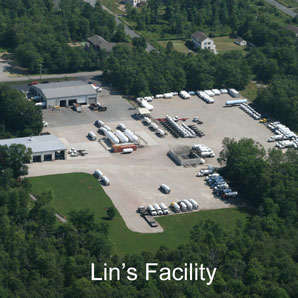 In 1980 when Lin Johnson, owner of Lin’s Propane, decided that he wanted a 500 gallon truck. He shopped around but couldn’t find anyone that would stop laughing long enough to take him seriously. Determined that he would have his 500 gallon truck he resorted to his own devices. He commissioned his friend Norman to assist him with the (undertaking) project. Norman would work all day on the truck and Lin would come after he put his business to bed to problem solve and design. This was quite a process as, Lin was not content with just satisfactory – a premise that still rings true with a Lin’s built truck. Now, if I was to tell you how humble our beginnings are, you will probably chuckle, as the first Lin’s truck was fabricated in nothing more than a cow barn. Lin loved that 500 gallon truck and he still has it today as a reminder of where and why it all started.

In and around 1983 the second Lin’s truck was born. It was a remount for Star Gas.

Now, Lin and his friend Norman had tinkered a bit but it was time for retirement or at least that is what they thought. You see, Lin sold his retail business in 1985 and when he got home that evening his wife looked at him and said, “Now what are you going to do – you aren’t going to hang around here all day.”

Feeling a bit dejected, Lin went where all men would go – to see his good friend, Norman, and as if Norman’s words were scripted he looked over at Lin and said, “Lin, what are you going to do with Lin’s (the former property of his retail business).” You see by this time Norman is a bit tired of working out in his cow barn and a heated garage looked mighty nice. So, the conversation went on and Norman said, “We’ll build a good one (truck). Not many people will want it. Lin replied, “Yep, that sounds good. That’ll keep you and I out of trouble.”

Well, Lin went and got overzealous and got them too much work – there went their retirement and Lin’s Propane Trucks was born.

Now, if you wonder how we got from there to where we are today you need to throw in a lot of years of experience and a man who would only allow his name to go on the finest product.

Today, the business is run by Lin’s son, Andy – who like his dad, will only accept the best. Andy learned the business from the bottom up and strives through education and innovation to make the best propane truck in the industry.

We hope you’ve enjoyed a glimpse into the history of our company and we would love to hear your story. So give us a call or stop by anytime you’re in the area.

It has occurred to me that after doing business with Lin’s Trucks for twenty plus years that I have never taken the time to send a letter of appreciation. Although I am sure you know by our continued support of your company, it’s always nice to hear a “thank you.”

The equipment that you build is superior in the propane industry. But, more importantly, the treatment and service provided afterwards is the best.

Thanks again for your dedication and friendship.

When we purchased our first truck in 2003 from Lin’s, we were impressed with the attention to detail and quality you put into every truck you build. We now have over 75 Lin’s bobtails in our fleet and plan on many more as we continue to grow. We are a family owned business and love dealing with you and your staff.

I would like to take the opportunity to “thank you” for helping us with our fleet by helping us select one of the best trucks on the road and becoming an extended part of our family.

Thanks for your friendship and commitment to always having a product that is improving and one of the best available.
Sincerely.
Bob Ballas
General Manager
Heller’s Gas
Pennsylvania

“The truck looks beautiful, it just came out great! You can’t get this kind of work anywhere. It is beautiful!”

“I’m honestly telling all of you at Lin’s, you should be proud of building the BEST truck on the market. I’m a very easy going person but I’m extremely fussy with my trucks. These are awesome trucks!!! Please tell the guys in the shop what an awesome job they do.”

This is simply the best truck I’ve ever seen, operated or ever had the privilege of using. It is ergonomically friendly and it has all the creature comforts that I could have ever possibly imagined. You all have paid a fantastic amount of attention to detail. Everything on the tanker is constructed and designed to be operator friendly and exceptional. The attention to detail is evidenced in the way you paint the unit. It is second to none – like a restored car with exceptional color and shine.

Stainless steel throughout – no risk of corrosion. There again, you guys were paying attention to details and it’s simply the best looking truck out there. No question in my mind. It’s incredible to operate. The LCR is setup to be so user friendly and the meter on the back of that drop deck – well, I’ll just say that loading with the drop deck is just incredible and easy. The lights and the electrical are just excellent, as well. Obviously Andy, your team and you have excellence on your minds.

The fact that you made no bones about saying that you make the best truck available on the market was one of the reasons I bought a Lin’s truck and now I would like to say that, “I, Stephen Swainson from NMR Propane, have used it and I believe that this unit is light-years ahead of anything I have seen being used here in my part of Canada.” I go to the loading terminal and I see guys drooling over my truck, without any stretch of the imagination. Everyone wants to see it and look at it and look in the cab and climb in and around it. With your help, we were able to order the truck exactly the way we wanted it. Every aspect of the truck was paid attention to – down to the nuts and bolts. You did not miss a thing and it is the nicest bobtail propane truck that I have ever seen and operated. My guys enjoy it and at the end of a long day it’s incredible to see them get out of the truck smiling – not only because of the comfort of the unit but also because of the amount of labor and time saved. These savings have added up to a significant amount of increased effeciency in my business.

Your staff and you did an excellent job. Thank you very much. I enjoy driving and operating the best built propane truck on the market.

Thanks for the deal on the LC equipment. We really appreciate it. This is a big step for us but a necessary one. Thanks for making it a little easier to swallow.

I am consistently seeing your equipment in trade magazines, articles, and in brochures for other LP products. There is no question that your family has made Lin’s a cornerstone of the LP industry. We are glad to be working with you. Keep up the good work.